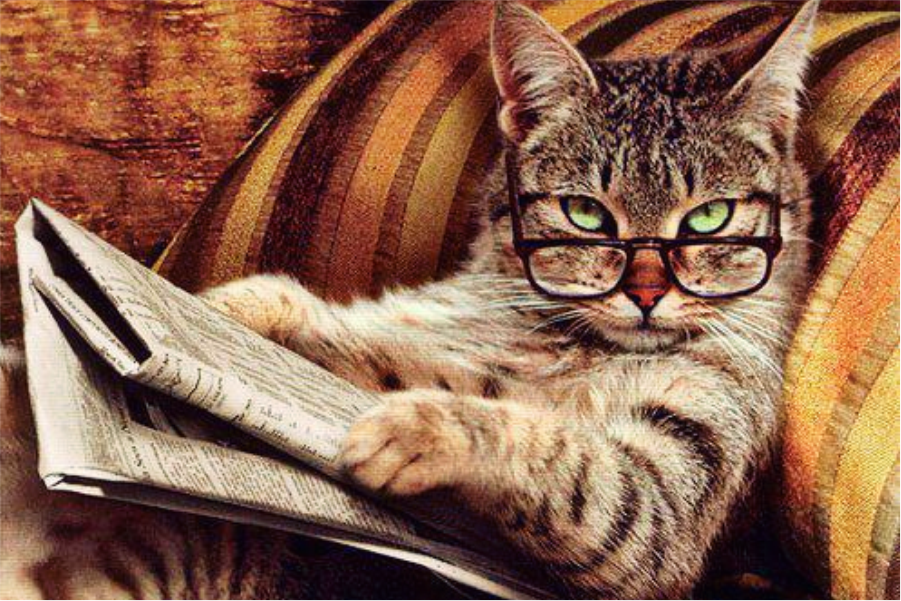 The main function of your cat’s blood is to transport oxygen and nutrients to the tissues throughout the body and to carry carbon dioxide and wastes away from those tissues.  Blood also plays  a role in many other diverse processes such as contributing to cell development, tissue repair and protecting against infections.

As a result of the life sustaining activities that our cat’s blood carries out every day, veterinarians will often recommend certain blood tests for your feline friend.  One of the first may be a feline leukemia virus (FELV) and feline immunodeficiency virus (FIV) test. This may be done as a kitten or with a newly adopted adult, especially if the medical history is unknown.  It is important to know if the feline has either of these viruses to properly assess their health for the future.

Blood tests results can reveal serious physical disorders.  They are especially beneficial as a health monitor for aging cats.  Veterinarians will recommend  complete blood evaluations be done for any cat showing signs of illness such as fever, weight loss, diarrhea, vomiting, increased thirst or frequent urination.  They will also advise blood testing for any cat who is about to have surgery to make sure they can tolerate anesthesia.  The blood is drawn from one of your cat’s jugular veins, which run down either side of their neck, or from a vein in one of their back legs.  It only takes a very small amount, about 1/20th of an ounce.

Like human blood, feline blood is made up of red and white blood cells, platelets, and a fluid (plasma) in which the cells and other life-supporting blood components such as hormones, proteins and salts are suspended.  All of these components are required to be in proper balance to maintain a cat’s physical health.  A basic blood screen would consist of a complete blood count (CBC) and a blood chemistry panel.  The CBC measures red blood cells, white blood cells and platelets.

A red blood cell count measures the actual number of red cells in the blood and looks for any abnormalities in their shape, size, or color.  It also measures their capacity to carry oxygen based on the amount of hemoglobin levels in the blood.  A packed cell volume (PCV) assessment reveals the percentage of blood volume that is composed of red blood cells (hematocrit).  A low PCV might indicate that your cat is anemic.  A high PCV could mean they are dehydrated.

A platelet count measures the concentration of these disk-shaped blood cells that are necessary for blood clotting.  Without an adequate amount of platelets, your cat’s blood will not clot properly and could lead to abnormal bleeding.

A CBC also measures the protein levels in blood plasma.  Low levels of these proteins could suggest the possibility of liver, kidney or gastrointestinal problems.  High levels may indicate the presence of infection, chronic inflammation or some types of cancer.

The other part of your cat’s bloodwork is the blood chemistry panel.  This test focuses on the chemical components suspended in the clear, watery content (serum) of the blood after it has been separated from the cells and certain proteins that are needed for clotting.  There are several chemicals that are commonly measured.  Abnormal blood levels of chemicals may indicate damage or disease involving the kidneys, liver, muscles or glands.

Blood urea nitrogen (BUN) and creatinine are measured to evaluate kidney function.  High blood levels of BUN and creatinine may indicate that the kidneys are not adequately filtering metabolic wastes or may point to abnormalities that affect the renal system like a urethral block or dehydration.

Problems with other organ systems can also cause changes in these values.  For example, adrenal disease can affect some of these values also.  High levels of blood sugar (glucose) may indicate diabetes.

Electrolytes are also included in blood chemistry panels.  Calcium, potassium, chloride, sodium and phosphorus levels can indicate different disorders.  For example, abnormal calcium levels could mean the presence of tumors or kidney disease, or low levels of potassium may explain a cat’s chronic lethargy or lack of muscle control.  Gastrointestinal disease, seizures and many other illnesses can cause or be caused by abnormal electrolyte levels in the blood.

Total protein content is also measured in a blood chemistry panel.  Globulins, a specific type of protein, play a role in immune function.  Albumins, another type of protein, help keep fluid from leaking from blood vessels affecting the body’s ability to retain water.  They also transport specific molecules where they are required.  High or low levels of these proteins can influence many bodily functions.

Additional blood tests may be required for a specific purpose such as checking a cat’s endocrine (hormone) function when thyroid disease is suspected.  Hyperthyroidism is common in older cats and will display high thyroid hormone levels circulating in their blood stream.

The value of basic bloodwork should be indisputable.  It is far better to spot a feline health problem early to help prevent it from getting worse than to try to deal with the condition after it has progressed.  No less than an annual bloodwork is in order for senior cats.  Most recently, a new test for kidney function has made it possible to detect problems in the earlier stages of the disease.  As medical blood tests continue to become more advanced, so does a veterinarian’s ability to prolong your cat’s health and well-being.

About the Author: catsmeow